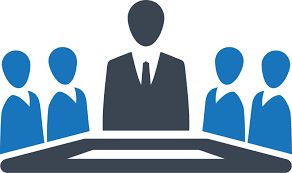 A Residents Management Company, or RMC as it is abbreviated, is a non-profit making company set up to administer the service charge funds collected on a development that contains areas shared in common with neighbours, or ‘Common Parts’.  The service charge fund is held in trust for the property owners at the development via this company.  Common parts typically include garden areas, pathways, car parks, flower beds, fences and boundary walls and the funding of these common parts will extend to lighting, maintaining and insuring these areas.

Typically, the RMC is incorporated by the developer at the point at which a planning permission is granted by the local authority and building starts.  As each new owner purchases a flat or house on the development, they are granted membership to the RMC; this is confirmed in the Lease document (for a flat) or the TP1 document (for a house) which you will have signed when you purchased your property.  Once the final unit is sold on your development, control and responsibility of the common parts is transferred to the residents by the developer.

The RMC, of which yourself and your neighbours are all members, are then free to elect a board of directors. The Board of Directors will usually be made up of those who live on-site that like to have an input in the way the development is run and financed, and who can spare some time each month to liaise with a managing agent and/or residents’ committee. It is this position, as ‘Director’ that is relevant to this advice document.

If a development does not have any directors it may fall foul of Company law and persons at the development wishing to sell their properties may encounter difficulties. It is in the interest of all property owners at a development to ensure that the RMC has a correctly elected board of directors at all times.

A director will be expected to attend up to 4 meetings a year; One annual general meeting that all members of the RMC are invited to attend, and up to 3 directors’ meetings. You will also be expected to sign off your RMC’s financial records (or ‘Company Accounts’ as they are correctly known) each year. You need to be able to read and understand simplistic company accounts but we are happy to guide you in the first instance.

Directors meetings are run according to an agenda which typically allows us to impart information to you and any fellow directors concerning the financial position of the RMC, along with an opportunity to discuss short, medium and long term goals for the development.

You will liaise with your site manager to assist in decision making and to ensure that advice, when it is given, is carefully considered and acted upon.

Typically, a term as director lasts for 12 months from the date of the AGM each year, and directors can usually be considered for re-election should they wish to serve a second term on the board. Some RMCs allow the recovery by Directors of small amounts of money to cover the cost of telephone calls and postage.

A director is automatically resigned from the Board if they are not present at the general meeting and have not offered themselves for re-election either in person or by proxy.

The RMC is governed by Company law, with one of the stipulations being that the Company must have at least one ‘natural director,’ a ‘natural director’ is a person rather than a corporate appointment.

You should note the following duties of a Director of an RMC are mainly: