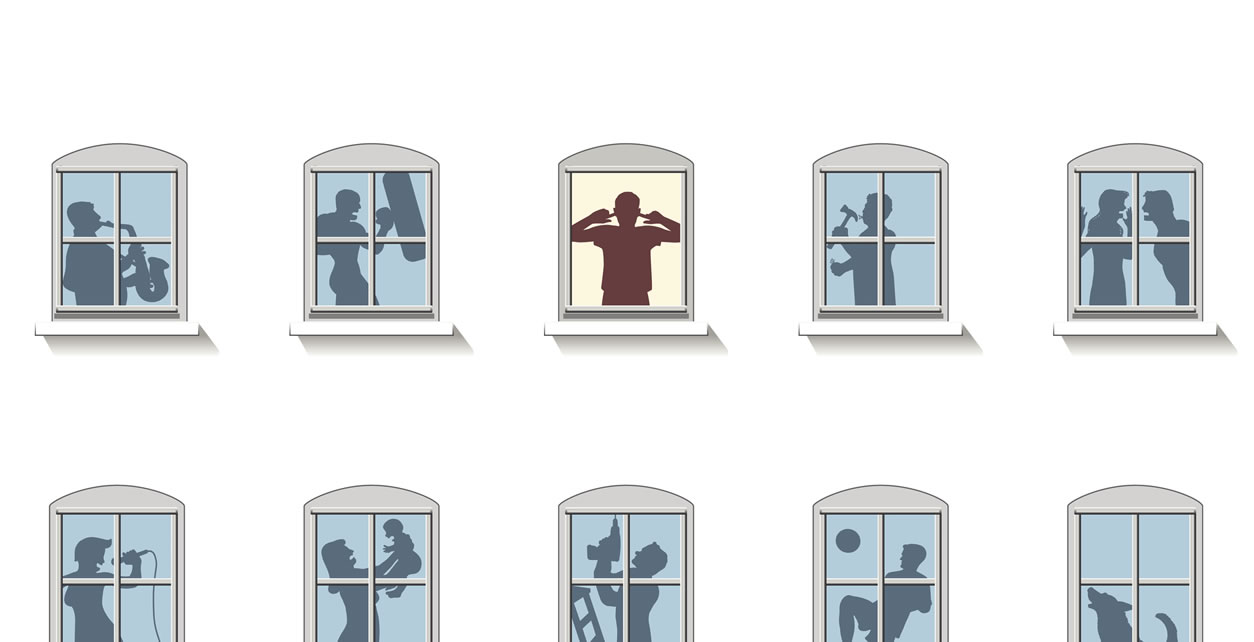 Managing agents are frequently called in to deal with disputes between Leaseholders in blocks of flats. Particularly so in older conversions where noise issues pre-date stricter building regulations.

This is one of the issues that can frequently occur in building management yet can take up a disproportionate amount of time.

Why do agents get involved?

There unfortunately is widespread misconception of the role of a managing agent in handling disputes between occupiers. This can generally arise through not understanding the lease and the covenants that may or may not be contained within the lease.

The general misconception is that a leaseholder who has a noise issue complains directly to the managing agent to deal with the issue on their behalf which may be a request to enforce the conditions in the lease.

Firstly, let’s put ourselves in the position of a freeholder when the leases were originally drafted. Why would a freeholder allow a clause to be in a lease that obliged them to spend their own funds on a dispute between occupiers? They can’t dig into the service charges as disputes between occupiers do not come under the heads of expenditure.

The old RICS guide was very misleading in its guidance on disputes – even suggesting that an agent should ‘enforce the conditions of occupancy’ and ‘remind complainants about counter arguments’.

Procedures which remind me more of a headmistress than a professional agent with a clear-cut role.

It is essential to remember that the role for any managing agent is to act on behalf of the freeholder in accordance with the terms of the Lease.

In the case of disputes between occupiers, if the freeholder cannot intervene nor can their agent.

Freeholders were never intended to act a block policemen. In 2015 the RICS convened a Working Party to discuss the new Code of Conduct published in 2016.

I was part of this. It gave me the opportunity to make them aware that their previous Code was misleading and all credit to them the new Code more than makes up for this by completely re-writing that guidance.

A typical lease will require the freeholder to uphold the covenants in the lease but there will be a caveat. These are the magic words that can in many cases halve an agent’s work on that least popular of tasks – disputes between occupiers.

The caveat: The lessee must indemnify the lessor against all costs and expenses of such enforcement.

In addition, many leases will also say that the freeholder does not even have to take up the complaint at all unless they believe it is in the interests of good estate management or ‘satisfied that the lessee would be prejudiced by the lessor’s failure to enforce such covenants.’

Without extra funds, where is the money to come from to pursue a leaseholder who has, for example, a piano playing habit after 11pm which bothers a neighbour?

I remember one well known surveyor now retired who when he saw the light round the RICS table at the working party said “if only I had known that long ago”!

If only more were aware of these clauses, so many errors could be avoided especially in using service charge money to pursue these disputes.

In response to the leaseholder who says “do you mean the lease is worthless” the answer is “no – but under the lease our hands are tied – subject to your indemnifying the landlord”.

The below extract is taken from the 3rd edition of the RICS Code of Practice (Service charge residential management Code and additional advice to landlords, leaseholders and agents).

You should always refer to the lease when dealing with disputes between occupiers. You cannot go further in dealing with the parties than the landlords remit under the lease.

Most leases will not allow you to recover any costs from the service charge in connection with disputes between occupiers.

The local authority may help in establishing evidence of noise, anti-social behaviour or keeping animals in unsuitable conditions.

You should always have regard to the enforceability clause in the lease before embarking on any action which involves expense from the service charge.

Leases typically contain a mutual enforceability clause requiring landlords to seek an indemnity for their costs from leaseholders requesting enforcement. This may also leave the landlord the option of choosing not to enforce if it is not ‘in the interests of good estate management’. (My bold.)

Any enforcement action should be with your client’s authority and confirmation that the client will be responsible for the costs until or unless recovered from the leaseholder. This can be by way of requesting estimated costs in advance as part of the indemnity.

ARMA are grateful to Shula Rich, BA MSc, for writing this article for AQD. Shula is a leaseholder, a freeholder and a block management consultant. She project manages RTM's and has been thanked in Parliament for changes to leasehold law. Her lectures are featured with GKJ Consultants and Shula’s website is www.shularich.co.uk.